What Noises Will Repel a Groundhog? 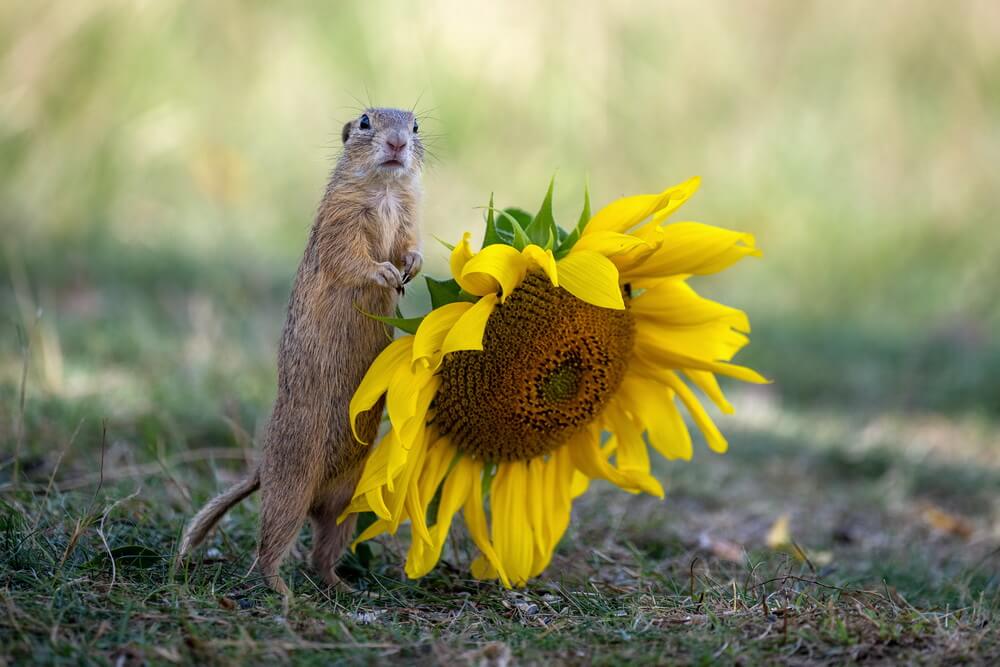 Using sounds as a repellent to groundhogs is a good tactic because if applied right, the effect could be likened to the discomfort you feel when you sit right next to speakers at a concert without any protective earplugs.

A little over a week ago, it was Groundhog Day.

One wonders exactly what it means why a day would be named after a fat little burrowing animal that has no claims to beauty or any spectacular physical attributes.

Well, some folklore associates the appearance of groundhogs with a change in seasons. Some folks actually believe that after spending much time in hibernation (late October to early February), groundhogs come out of their tunnels to let the world know about the coming of spring.

There is an explanation for the relationship with the groundhog’s emergence with the onset of spring but we won’t be going into that right now.

Rather, what we find interesting is why anyone would be interested in getting rid of such an auspicious animal.

But before we get into that, let’s have a little info about groundhogs. 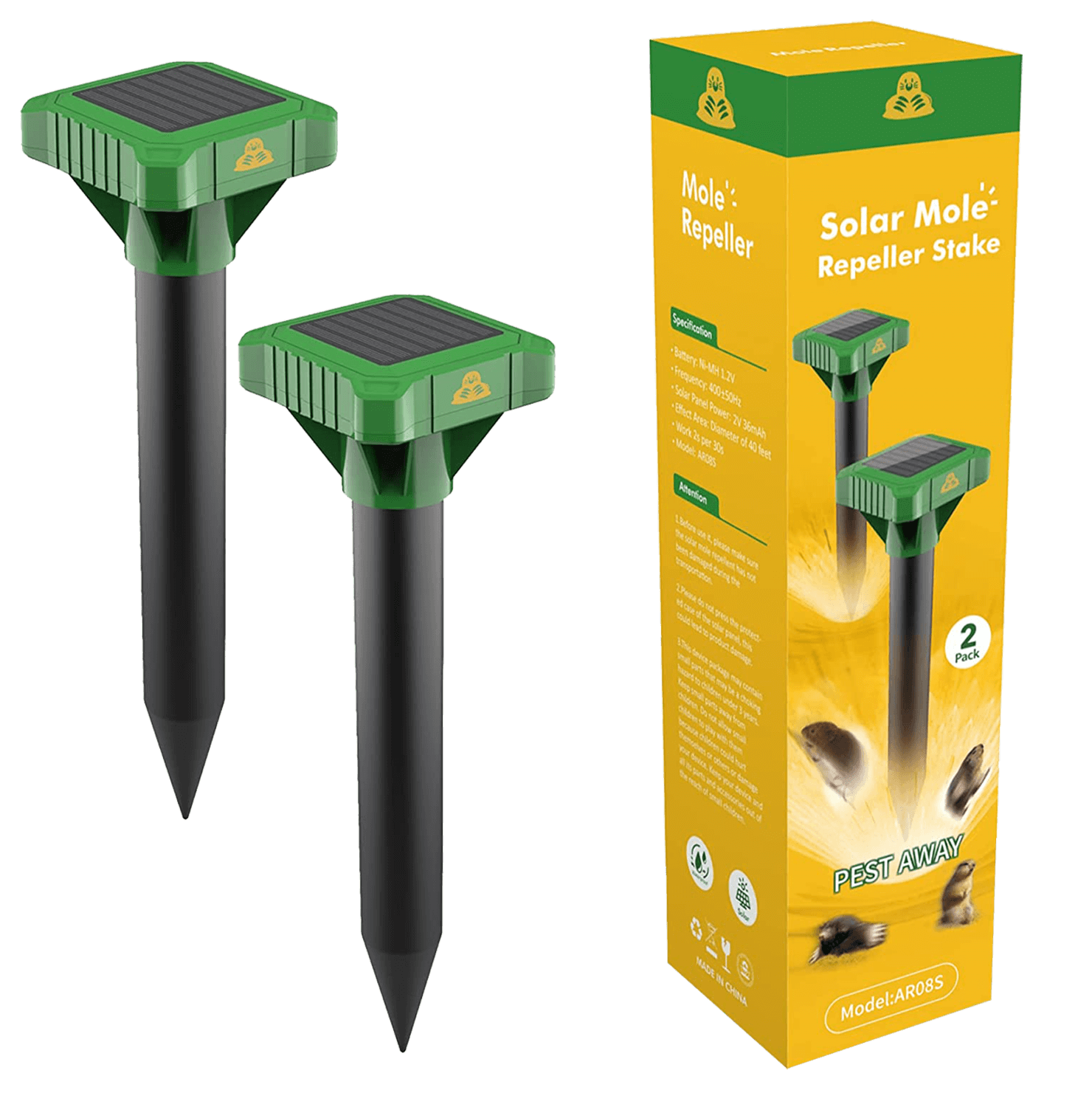 Groundhogs are also known as woodchucks or whistle pigs and are in the same family as prairie dogs and your good old chipmunks since they are members of the squirrel family.

As at the time of writing, the United States is home to about six species of groundhogs.

All six species are omnivores that feed on plants hence their invasion of vegetable gardens and just about anywhere they can find a large collection of plants and some small insects like bugs.

Being heavy(weighing up to 13 pounds)  and slow runners, groundhogs are the natural prey for carnivores like hawks, foxes,raccoons, coyotes, bobcats, dogs, bears, and some humans.

The groundhog is a natural excavator that leaves mounds of earth anytime they burrow around fields, the bases of trees, around the foundations of buildings, and along fences.

They engage in most of their activity during the day and you could spot some of them sunbathing when the weather is warm and burrowing underground when the sun is at its highest.

Springtime is groundhog season because of the great weather that allows them to feed in the mornings and evenings.

They are found in open and closed forests, creeks, wooded areas, bushy areas, and pastures.

And here’s is a fun fact. In spite of their heavy bodies, they are good swimmers and climbers too! 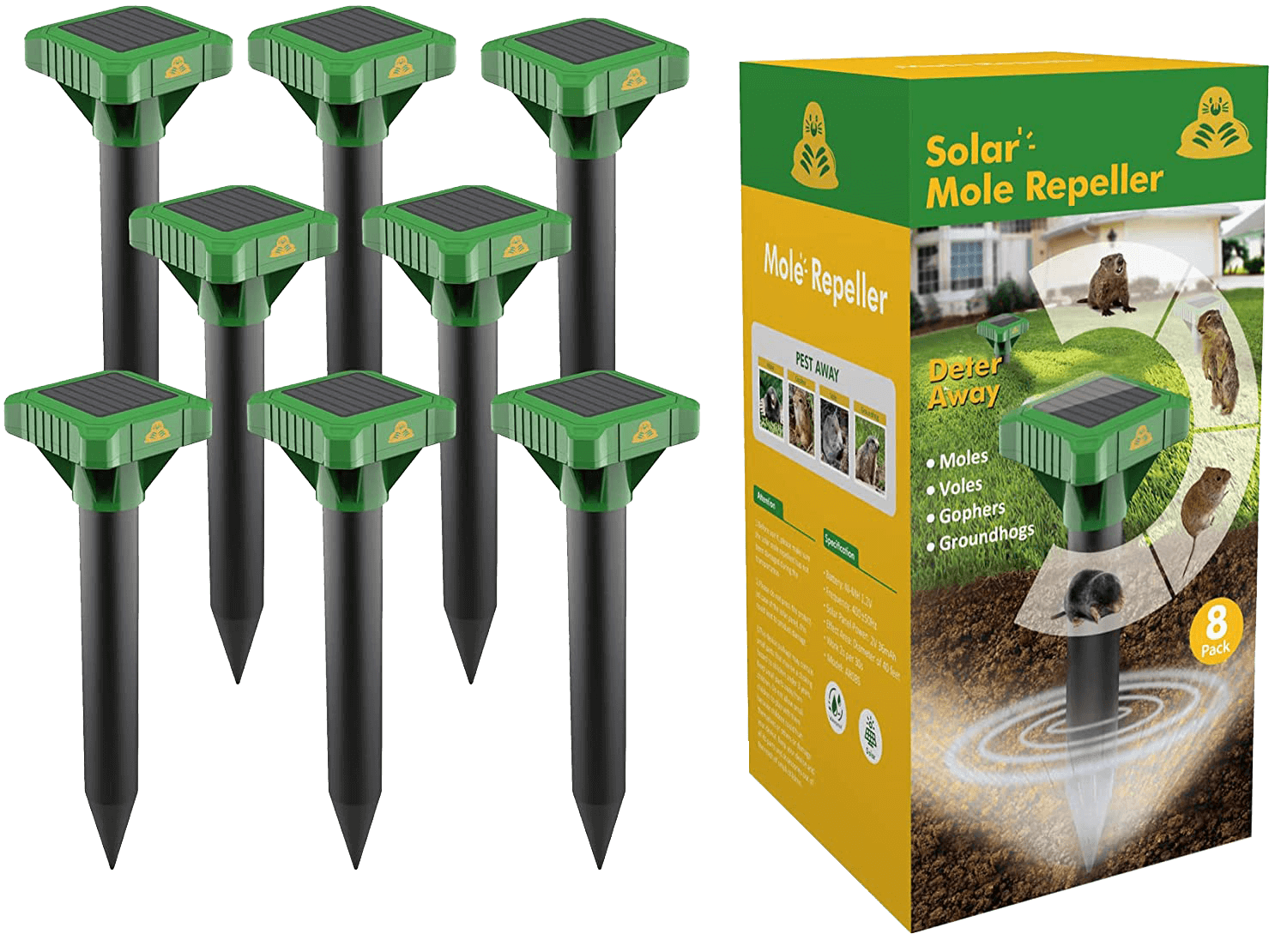 Why You Should Get Rid Of Groundhogs

There are several reasons for groundhog removal.

For one they love plants like soybeans, strawberries,cucumber, corn lettuce, alfalfa, and some underground insects that they often have to burrow underground for.

This burrowing often leaves really ugly holes in garden centers and lawns.Such activities causes damage to both residential and commercial gardens and croplands.

Groundhogs need to feed and build enough body fat for the long months they spend hibernating during the winter months.

So they spend a lot of their time eating just about anything they can get their snouts on in your back yard,including green beans, twigs, sweet corn and the barks of fruit trees!

Consequently, that leaves enough damage wherever they search for food.

But beyond all that burrowing, groundhogs are also known to eat up seedlings that are still struggling to grow.

So for folks who invest so much resources into maintaining gardens and croplands, having woodchucks around are a no-no.

Property managers, landlords, and even tenants would not want to see the whistle pig either.The reason is the structural damage that they cause when they burrow along fences and the foundations of buildings.

Over time these structures weaken and depending on the extent of damage, the costs of repair and maintenance can become significant.

Groundhogs are also known to carry fleas, ticks, and rabies which are known vectors for a lot of diseases like Lyme and Powassan both of which are dangerous to both you and any pets you may have around.

Although the groundhogs is rarely aggressive to the point of attacking humans, you do not want to be close to a female groundhog with baby groundhogs because it will attack you if it feels threatened.

There have actually been cases of groundhogs biting humans.Thankfully, the groundhogs were not rabid and so the injuries did not become fatal.

Although groundhogs are essential to the ecosystem, they also cause a lot of damage and you’d do well to get rid of them as soon as you can.

What Do Groundhogs Hate The Most?

Groundhogs hate the strong smells like that which emanates from ground garlic and pepper. They also hate the smells from plants like lavender, oregano, sage, and rosemary among others.

So if you are looking to repel them you might grind some pepper and garlic, add some water before spraying the solution around the areas you want to keep them away from.

Another option would be to build a fence using plants like sage, lavender, and mint(more on that later).

Are Groundhogs Scared Of Loud Noises?

They are startled by loud noises so you could find a way to play loud music or make loud disturbing noises.

The trick would be to use this tactic at times when you are sure that they are active which is mostly in the daytime.

Will Noise Keep Groundhogs Away?

Using sounds as a repellent to groundhogs is a good tactic because if applied right, the effect could be likened to the discomfort you feel when you sit right next to speakers at a concert without any protective earplugs.

The reason is that these animals have an extremely sensitive audio range and are sensitive to different types of noise.

This is the principle behind the use of devices known as ultrasonic repellents as a means of keeping groundhogs away.

Just as loud noise can be used to deter groundhogs from an area ultrasonic noise has the effect of generating disconcerting high pitched sound that will keep them at bay when used right.

What Is The Best Sonic Groundhog Deterrent?

The Thanos solar powered groundhog repellent takes the use of repellent devices a step further than others.

For starters, it is a different repellent as it is solar powered so it is powered by a solar rechargeable battery that ensures that you don’t need to replace batteries after extended use.

Secondly, it is designed for outdoor use so it provides extensive coverage that has a reach of up to about 40ft in diameter. 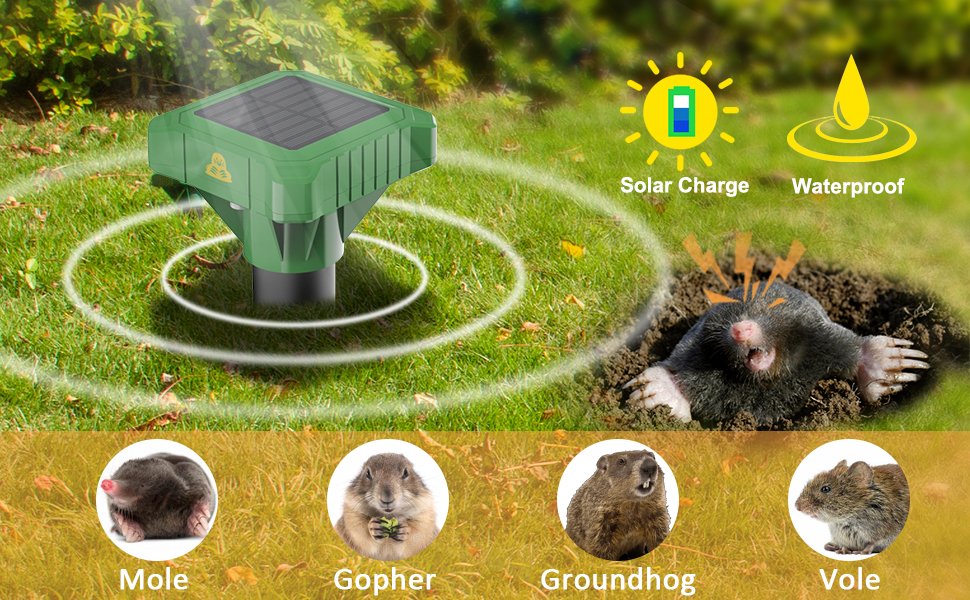 Since it moves in a circular pattern then you don’t have to bother about how it she get to effective it is in offering protection from groundhogs to your lawns, gardens,and planting beds.

More importantly, this groundhog repellent is essentially structured as an alloy steel spike that easily penetrates the soil and gets down to the areas where groundhogs dwell.

Thirdly, the Thanos Solar Powered Mole groundhog repellent is waterproof and is also designed to be protected from water so  once you set them up, there is no need to uninstall them if it starts raining.

The best way to use this product would be to use about 12 units of this product per acre and with a frequency of 400Hz, it is recommended that users would need at least 2 weeks to completely drive any groundhogs around.

It is an effective and humane pest control method and a great alternative to using insecticides or traps to get rid of groundhogs.

The best part is that this also repels other animals like moles, gophers, squirrels, voles and armadillos without a gas cartridge.

Get Rid Of Grounhog NOW !