How to get rid of mice in walls?

Getting rid of mice isn’t easy.

Or even worse, you’ve managed to use an effective method to kill the mice; however, you didn’t anticipate they’ll die behind the walls, and the smelly dead mouse has filled the house.

Now you don’t know what to do next.

Worry no more. We’ll give you the right guide on how to get rid of mice in walls. 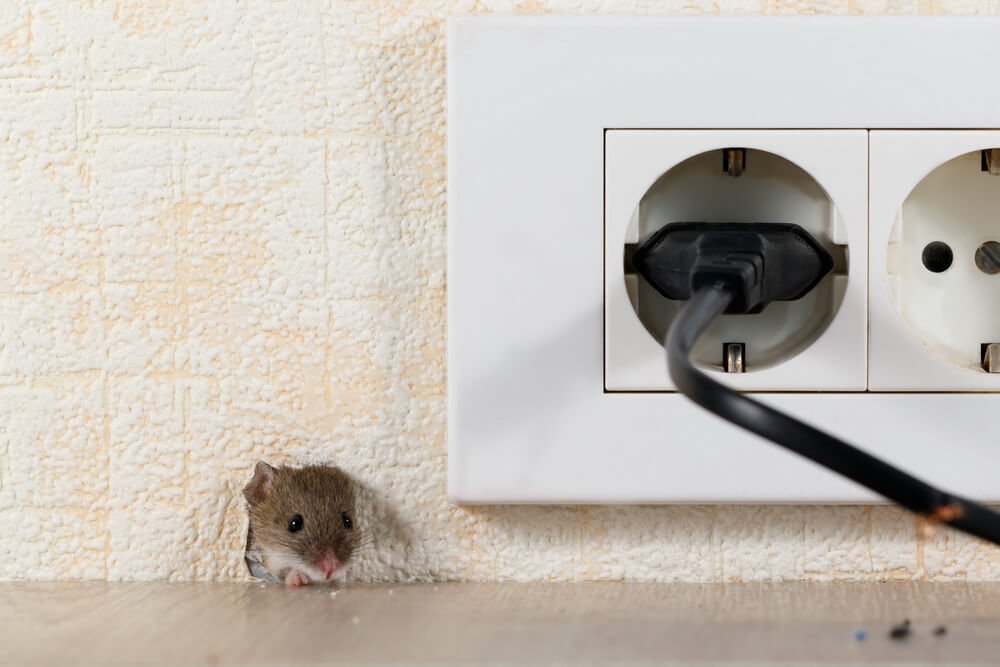 Is it bad if mice are in your walls?

Yes, it’s a bad thing for mice to find refuge and dwellings behind your walls.

That’s because it’s going to be very hard for you to kill them. And even if you finally kill them, they’ll start smelling, which may force you to bring the wall down.

A dead mouse is not only smelly but also attracts fleas and bacteria into your house, which further causes diseases.

What are some of the dangers of a mouse infestation?

Basically, mice are lured by food and places to nest. And they can fit through crawl spaces smaller than their sizes. When they attack your home, they can pose lots of danger. Here are some of the dangers of mice infestation.

a) Mice can make you sick

Yes, mice tend to leave behind droppings and urine, which can cause diseases like hantavirus, listeria, and salmonellosis. Some of these diseases may be fatal; thereby, whenever you suspect mouse activity in your house, it’s best to find a way to prevent mice.

b) They can burn your house down

Studies show that 25 percent of all fires in the United States are categorized as “unknown causes” whereby the biggest suspect are rodents. That’s because mice tend to eat anything, including electrical wires. This results in sparking up the fire when switching on the lights.

Mice chew anything as a way of keeping their teeth short. As a result, you’ll find various chew marks on your clothing, wooden furniture, and bare electric wires, which may burn down your house. Therefore, find an effective mouse trap that’s going to kill the wild mice.

Despite their small stature, mice eat a lot!

They can actually eat between 15 to 20 times a day. That’s the reason why they tend to find nesting places near food sources such as the kitchen. With their skills to slip throw small holes and tiny crawl spaces, the mice may end up inside the fridge and contaminate your food.

Therefore, when you eat food that’s been contaminated by a mouse, it’s a surefire way to contract some weird diseases.

What is the fastest way to get rid of a mouse in the wall?

The fastest way to deter mice is using a mouse trap.

Just visit your local hardware store and ask for a snap trap, electric traps, or any kind of mouse proof device. Simply place traps outside their dwellings and lure them with leftover food from the previous night.

Since mice infestation requires using multiple traps, it’s advisable to create DIY cardboard boxes as ways to remove mice from your home. As bait, you can use bacon, butter, or dried fruit.

Despite their effectiveness, mouse traps have their downsides. For instance, if they finally realize you’re using traps, they’ll start releasing mouse droppings and urine, which cause more damage by spreading toxins and diseases.

A better alternative is the Thanos Human Mouse Trap. This trap safely catches common house mice without risking your dog or cat. It doesn’t kill the mouse.

But rather catches it safely for later release. The Thanos mousetrap is also compact enough to place it on small holes.

b) Feed them peanut butter

This is an amazing preventive measure. Instead of waiting to kill off the mice, why don’t you prevent them from multiplying and infesting your home? You can do this by feeding them peanuts.

Mice die from eating peanuts because their nasal passages easily block whenever they eat sticky foods. The mice can’t vomit out the peanut butter hence it suffocates and kills them.

This can be spray or ultrasonic repellants.

The sprays aren’t advisable because of the chemicals they release, which may be harmful to you, your kids, and your dog or cat. So it’s recommendable to go with ultrasonic repellants. They are effective rodent control devices that’ll help get rid of your mouse problem.

Ultrasonic repellants repel them by emitting high-frequency sounds that are harmless to the human ear, but extremely torturous to mice and other pests.

The technology behind this is that a mouse has a very sensitive hearing system – which is why they quickly run off the moment they hear getting into the house.

Because of such highly sensitive hearing systems, certain sound frequencies sound very noisy and ear-deafening. Which forces them to run away to find a new home.

Therefore, if you’re looking to get rid of mice from your home, try out the Thanos Ultrasonic Mouse Repellant. It has positive reviews on its effectiveness.

So, how do you get rid of a dead mouse behind a wall?

As you wait, you can use a room deodorizer. Another way to make sure you don’t have a dead mouse behind the wall is to create snap traps. You can also seek the assistance of a specialist exterminator, who’ll find ways to extract the dead mice.