How did you feel the first time you discovered you had gophers in your yard? Sad? Angry?

Discovering these critters are ravaging your garden can bring a mix of emotions, none of which are in any way pleasant.

You might not even be sure you’re being disturbed by gophers yet, but you see big mounds of soil everywhere, in addition to dying patches of grass or completely bald areas on your lawn.

You can’t let these rodents continue to destroy your beautiful lawn or garden. There are a variety of ways you can get rid of gophers, one of which is coffee grounds.

Do coffee grounds keep critters away?

Now, you might be wondering if the coffee grounds you easily throw away can help reduce or eliminate a gopher infestation. 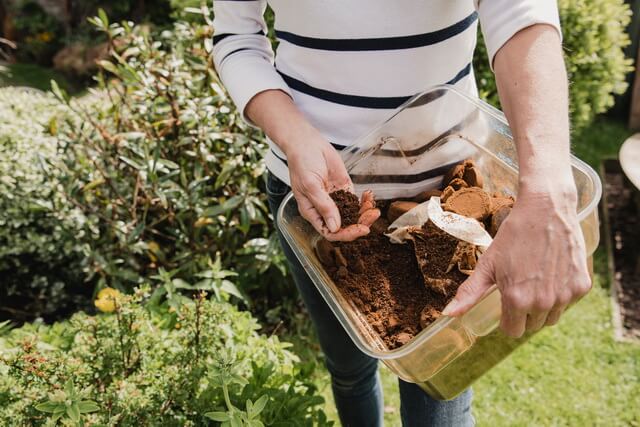 Why should you use coffee grounds?

Because they have a strong smell!

Now, it’s not hard to use coffee grounds. You just need to sprinkle them in your garden, yard, or any other area giving you gopher trouble.

This procedure ensures that the coffee grounds permeate everywhere, making it even harder for the gophers to resist. Don’t worry, coffee grounds are not going to harm your plants: they are actually a kind of natural fertiliser.

How are gophers different from other burrowing animals?

When you see mounds of earth on your property at first, you might think you are suffering from a mole problem. So how do you differentiate gophers from other burrowing rodents?

Gophers look more like squirrels than rats, while in moles, the reverse is the case. Gophers have small, visible ears, and have a brown coat, which could vary in lightness. Moles won’t eat up any of your garden plants, while gophers would devour as many plants as they can because they are not carnivorous like moles. 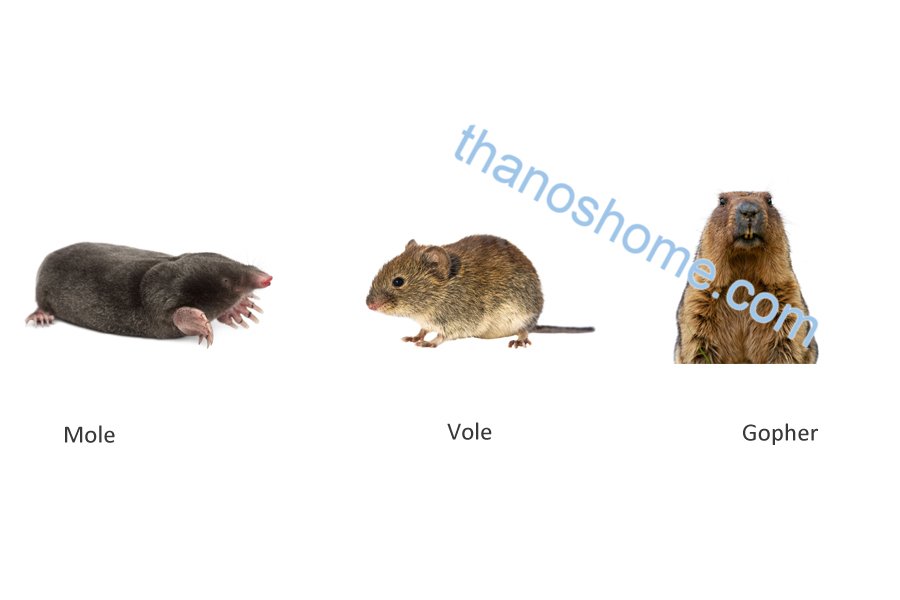 While gophers have a short snout, prairie dogs have slightly longer, rounder noses.

Also, prairie dogs stand with all four legs on the ground and walk like dogs. Gophers on the other hand on my stand with two legs, as the other legs function as ‘hands’ to hold or pick up things.

How else can I get rid of gophers?

You also can use other methods to get rid of gophers, although the method we are going to talk about in this next section is harder to execute than sprinkling coffee grounds.

So maybe you have used a lot of coffee grounds on your garden, and the gophers still make your garden their home. In that case, you can use a commercial bait like Sweeney’s Gopher poison peanuts.

This repellent functions better because it is made to look exactly like peanuts. The peanuts are laced with zinc phosphide which is deadly to gophers. Alternatively, you can use Kaput Pocket gopher bait. This bait uses red grains to kill gophers, through an ingredient called Diphacinone.

One teaspoon of Moletox Gopher Killer Granules is also effective, as it will kill gophers. However, with this particular bait, you have to actually dip it into the gopher tunnels.

Did you know you could use pet urine or litter to keep gophers away from your yard? Yes, poo from your dog and cat can chase gophers away, primarily because of their strong smell.

You can choose to empty your cat’s litter box into a gopher tunnel or spread dog poop around the entrance of their tunnels.  You can use your urine too, as the smell will equally be repulsive to gophers.

You can use either of these vegetables to bait gophers by adding a bit of peanut butter to them.

There is nothing more attractive to a gopher than a juicy vegetable smothered with peanut butter. This type of bait is very useful for traps, especially those with a vertical orientation. Such traps focus mainly on killing the gopher by crushing its neck.

Some particular plants can be used to chase away gophers. 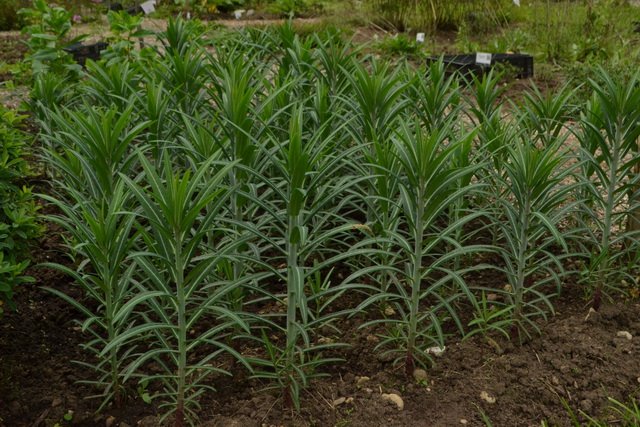 One particular plant that always works is a plant named Plant “gopher spurge,” or gopher plant, whose botanical name is Euphorbia lathyris.

The plant is toxic to humans and pets if ingested. If it touches you or your pet, it can cause skin irritation and blisters.

In gophers, contact causes these same symptoms and this is why they avoid the plant. Gopher plants can be purchased from a nursery around you. You should plant this gopher repellent in areas where the gophers are causing havoc.

This might sound scary, but snakes are effective gopher repellents too.

Just that in this case, you have to buy non-venomous snakes so even if you or your pet is bitten, you won’t be worried about venom poisoning.

Get a few snakes and allow them to do their job in your yard. Snakes find gophers a yummy treat and will gladly eat as many others as they can.

If you have a small pet, you might want to avoid gopher snakes as they can eat up your little pets. If you’re scared of snakes, it is best to avoid this method.

Discovering a gopher hole can be scary and even confusing.

But once you can follow the gopher control tips in this article, you can get rid of gophers quite easily by yourself, without having to call a professional company.

To deter moles and gophers, you have to be consistent as gopher activity can get worse when you carry out elimination techniques then stop.