The first sight of a wild turkey at your front yard or driveway may be welcoming. It’s because they are usually attractive, with colorful feathers. 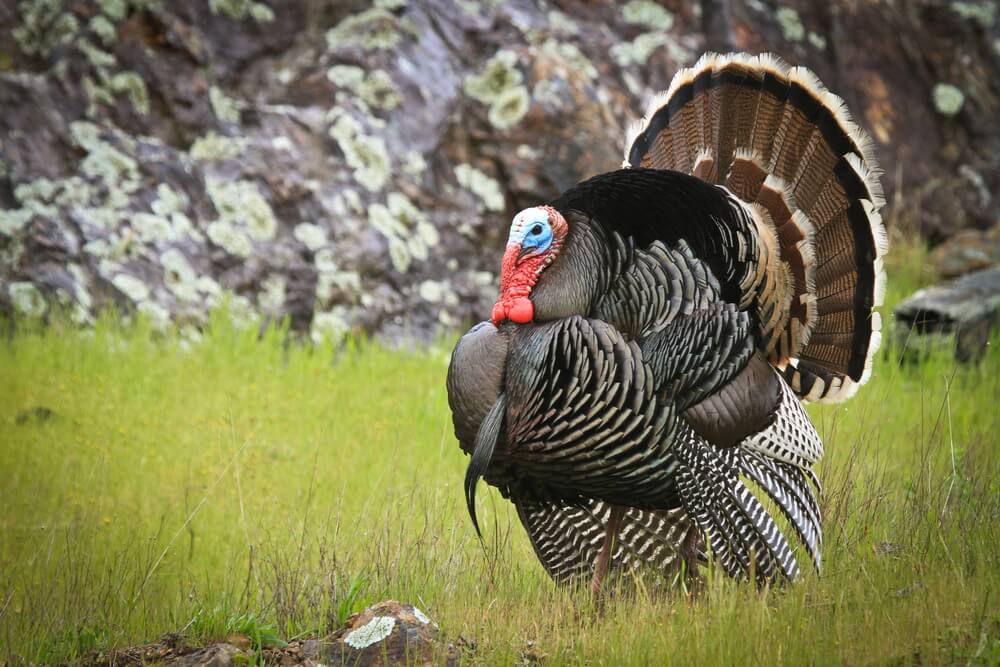 However, a week or two later, the turkeys become more nuisance. They like feeding off leftovers, making lots of noises at your house, and blocking your entrance as you come home from work.

You also start fearing getting diseases from their droppings. The only thing in your mind is killing them off. But you can’t. Because it’s illegal.

Well, the best way to scare off a flock of turkeys is by shooshing them off, using water sprinklers, building scarecrows, or installing a pest control like an ultrasonic turkey repellant.

What will scare away turkeys?

There are a number of things that can scare turkeys away. One thing you need to know… despite their large sizes and scary demeanor, turkeys are actually scared very easily. And you shouldn’t be afraid of them.

You can strike terror into wandering turkeys by simply shooshing them away, popping open an umbrella, dousing them with water guns, or throwing tennis balls at them.

However, some grow into these tactics. Which means you need more effective tactics. So here are a few things that can scare wild turkeys off. 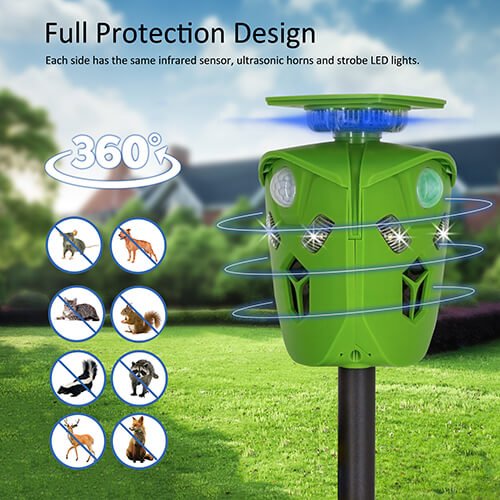 Yes, you need to show the turkeys you’re the boss. Basically, turkeys are cautious birds and live their lives by following some kind of a pecking order. So, if they sense some fear, weakness, or vulnerability in you, they start being stubborn.

You shouldn’t let them smell any kind of fear in you. Establish dominance by chasing them whenever they block your driveway. Don’t be afraid to haze them away.

It’s also important to get your entire family involved in this process of chartering dominance. Train your kids to chase and haze the wild turkeys away.

Once every member of the family has exuded dominance, the turkeys will eventually learn of this and keep off your compound.

The best way to keep turkeys away from your home is water – either as sprinklers or water guns.

Wild turkeys aren’t fond of water because they hate getting damp. And they’ll very quickly run away from anything that’s likely to get them wet.

Therefore, whenever turkeys flock you home, just pick up a hose a stream of water at their feet. They hate it. Alternatively, you can set your motion-sensing water sprinklers to set off whenever the turkeys invade your home.

The only downside of motion-sensor water sprinklers is the constant annoyance every time the turkeys make their way into your front yard. Also, the sensor may detect motion of your kids or pets running around, which may further make the sprinklers more annoying.

But, the sensors best work when you’ve gone to work. Also, remember to keep a water gun, which comes in handy when you bump on a turkey in your backyard or something like that.

Nothing scares off turkeys than unfamiliar objects. Whenever they notice small changes in their environments, they runoff.

Therefore, if you’ve noticed the turkeys have become immune to your shooshing and water sprinklers, why don’t you try building a simple scarecrow, or a 3D coyote replica.

You can also scare the turkeys off by using predator kites. Let the kites fly off from tall poles. This will startle them into running away. The other thing you can do is throw tennis balls at the wild turkeys, as well as use flash tape to scare them off.

What is it that turkeys are looking for when they invade your driveway? It’s not playtime, for sure. They’re most probably looking for something to eat.

The best way to keep the turkeys away is by being food police. Do everything you can to minimize the possibility of having foods lying around your home.

You can eliminate the turkeys’ sources of food by clearing your garbage every single day. And keep unused food wastes in a tightly sealed garbage can. This way, the turkeys won’t have access to what they’re looking for.

These are probably the best (and most humane) ways to get rid of the wild turkeys. It’s silent, clean, and doesn’t affect the turkeys.

An ultrasonic pest repellant uses sound frequency to get rid of pests and birds, which include turkeys and other animals such as mice, rats, ducks, insects, and squirrels.

In essence, all you need to do is plug in the ultrasonic repellant at the front (or back) of your house and let it work its magic. The pest control device emits a mix of high-effective ultrasonic frequency, which is irritating to the turkeys but safe to us human beings.

The sounds are so irritating to the wild turkeys that they find a peaceful, quiet area, thus keeping off your home.

A quick answer to this is YES, it works.

As we’ve explained earlier, an ultrasonic bird repeller works by producing sound frequencies that are hurtful to many animals but safe to the human ear.

At the same time, the repellant’s working mechanism depends on how much it’s able to deter wild turkeys from invading your garden. That is, what’s the technology used in manufacturing the pest control device? And this depends on the brand you’ve decided to choose.

If you’re looking for genuine pest control that’s going to get rid of wild turkeys, then we recommend the Thanos ultrasonic repeller. The device not only helps you deter wild turkey but also keeps your home safe and free of animal intruders. 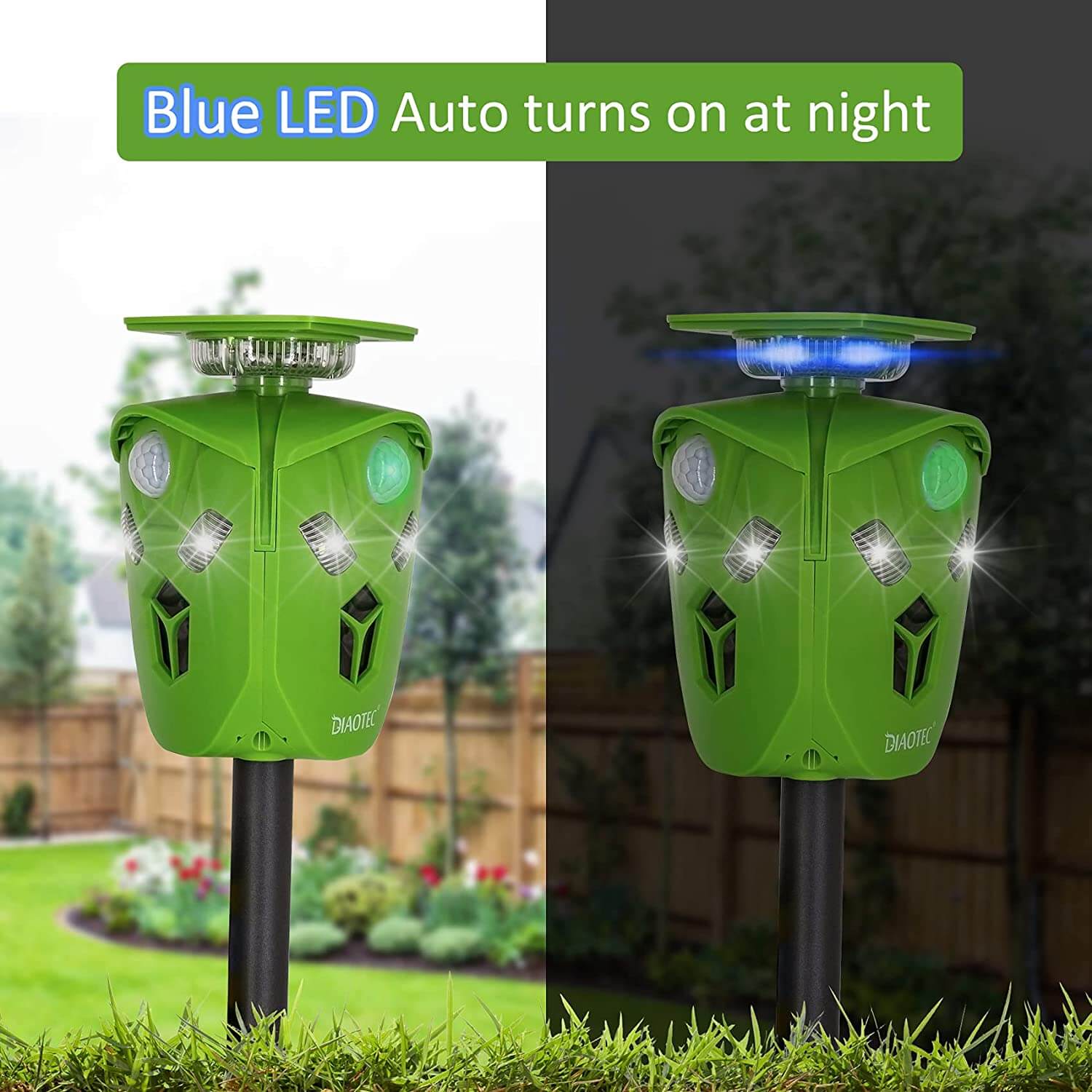 Most repellers are solar-powered but can also use batteries to help keep them active round the clock, to further keep the wild turkey animals away from your backyard.

You’ll probably love the fact that the repellant is noiseless for us human beings, meaning that you don’t need to be a nuisance to your neighbors. Ultrasonic pest control devices are quiet and safe for both the animals and the environment. It’s chemical- and odor-free. And only uses sound waves to chase produce frequencies that are irritating to the wild turkeys.

Because of this, you won’t have to worry anymore about building scarecrows, using flash tape, or constantly shooshing the wild turkeys away. Simply install the ultrasonic device, switch it on, and voila! no more turkeys.

Will mothballs keep turkeys away?

First off, what are mothballs?

As the name suggests, these are small, marble-like pellets meant to repel moths using the pungent smell they produce. Mothballs aren’t only limited to moths, but also meant to repel other animals, such as wild turkeys.

In a similar fashion to ultrasonic pest repellers, the mothballs are applied outside the house to repel both insects and turkeys. Mothballs are meant to produce a naphthalene odor, which is noxious to the turkeys but somewhat safe to us humans.

Basically, mothballs are mainly used in getting rid of a bad odor, especially at high concentrations. You’ll mostly find mothballs on wardrobes, where we store clothes. This is to keep off the moths from eating up the clothes. The same works best in repelling wild turkeys.

Now, are mothballs dangerous to the animals? And what about humans?

Well, it goes without saying that mothballs are kinda malignant and unsafe to humans, but to some extent. The pellets use chemicals to repel the animals, so long exposure may result in some negative effects on you. And perhaps to the animals too.

That’s why we recommend using a cleaner version of repelling turkeys away from your garden. Alternatives like ultrasonic birds repellers are perfect at keeping wild turkeys off your front yard. These are solar-powered and thus meant to scare away stubborn, invading turkeys. You can get exclusive discounts from Thanos Homes.

Wild turkeys can be very annoying because they make so much noise. Some may even end up camping under the trees, which makes it even more difficult to chase away. But, with an ultrasound device, you can save your home from constant attacks from wild turkeys.