Do Bug Zappers Work on Gnats?

Gnats are tiny annoying insects that seem to appear at the tiniest mistake.

The minute you leave a slice of an apple on the counter or forget to mop up a juice spill in the kitchen, tens of these annoying pests will appear and soon enough, take over your home.

If you’re looking to get rid of gnats quickly and without much stress, you might consider gnat trap or a bug zapper. A gnat trap might be tiresome to set up.

But do bug zappers work on gnats?

Are there other sure-fire methods you can use to get rid of gnats?

Before we reveal all that, let’s understand what gnats are first.

Surprisingly, the term “gnat” does not refer to one particular insect but a group of similar insects.

That’s right, these small flying insects belong to different groups and it’s important to know the group or groups constituting a nuisance in your home.

Though they are smaller than other insects, they can still cause have in your home even though they don’t bite much.

In fact, gnats are more harmless than not.

Here are the three main types of gnats:

Fruit flies, drain flies and fungus gnats are all different types of gnats, which have different diets, habitats and looks.

Fruit flies are the insect pests you commonly see on decaying or rotten fruit and are usually brown or tan.

These round bugs usually love coming out during summer, and may even be found on your bottle of wine or in the trash. Basically, they are attracted to anything sweet-smelling.

On the other hand, drain files congregate near kitchen and bathroom sinks, where they reproduce and grow.

You can usually find these types of gnats close to water as they lay eggs here, and you might mistake them for moths since their wings are similar and they have furry bodies too.

Fungus gnats are attracted to wet soil or house plants. Fungus gnats live and lay eggs in these places, which can be as much as 200 at a time. Also, fungus gnats are darker than fruit flies and have long legs.

Fungus gnats can cause diseases such as Pythium, a group of plant pathogens that causes seedlings not to grow. So you see fungus gnats are not a direct threat to you, but they can feed off mature plants and cause them to die off.

How do gnats get into my home?

Wondering how your home got so many gnats? Gnats live outdoors, but come indoors when they see something that attracts them, like light, food, moisture and humidity.

Gnats use cracks in walls or foundations to get in, or will just hop in when you open your door or window. Anywhere that contains something rotting and sweet-smelling is attractive to them, whether it’s refuse, sewage, indoor plants or just very ripe fruits.

For fruit flies, their eggs might already be on the fruit you bought from the store, that’s why immediately you eat a small portion of fruit and leave it at room temperature.

Gnats reproduce very quickly, as they have a short life cycle. Both male and female gnats are polygamous, meaning they can mate with as many gnats as they like, instead of sticking to one partner.

This polygamy makes it even easier for them to invade your home since a lot of gnat eggs will be produced after mating. You should deal with gnats as soon as you detect them to prevent a severe infestation. It’s not a pleasant sight.

Do bug zappers work on gnats?

So, can you use bug zappers to kill gnats?

Yes. Bug zappers are effective against gnats because lights attract gnats naturally. Gnats flock to light on their own, so the UV light from a bug zapper will definitely attract them.

Bug zappers are devices used to deal with annoying insects, particularly flying insects like gnats. They use a type of ultraviolet light called UV-A which attracts bugs. This is the only type of UV light most insects can see.

When the gnat comes closer to the UV light, it enters the metal casing and goes for the wire mesh. The wire mesh is a group of wires carefully arranged with a small width apart, small enough for most insects to get through.

As soon as the gnat touches the light, it becomes electrocuted. The current from bug zappers is so high that it’s hard to see a whole dead bug after that. Lights disorient bugs so once they are in, it would be hard for them to see a way out. You might just see insect parts or dust around where the zapper operates. 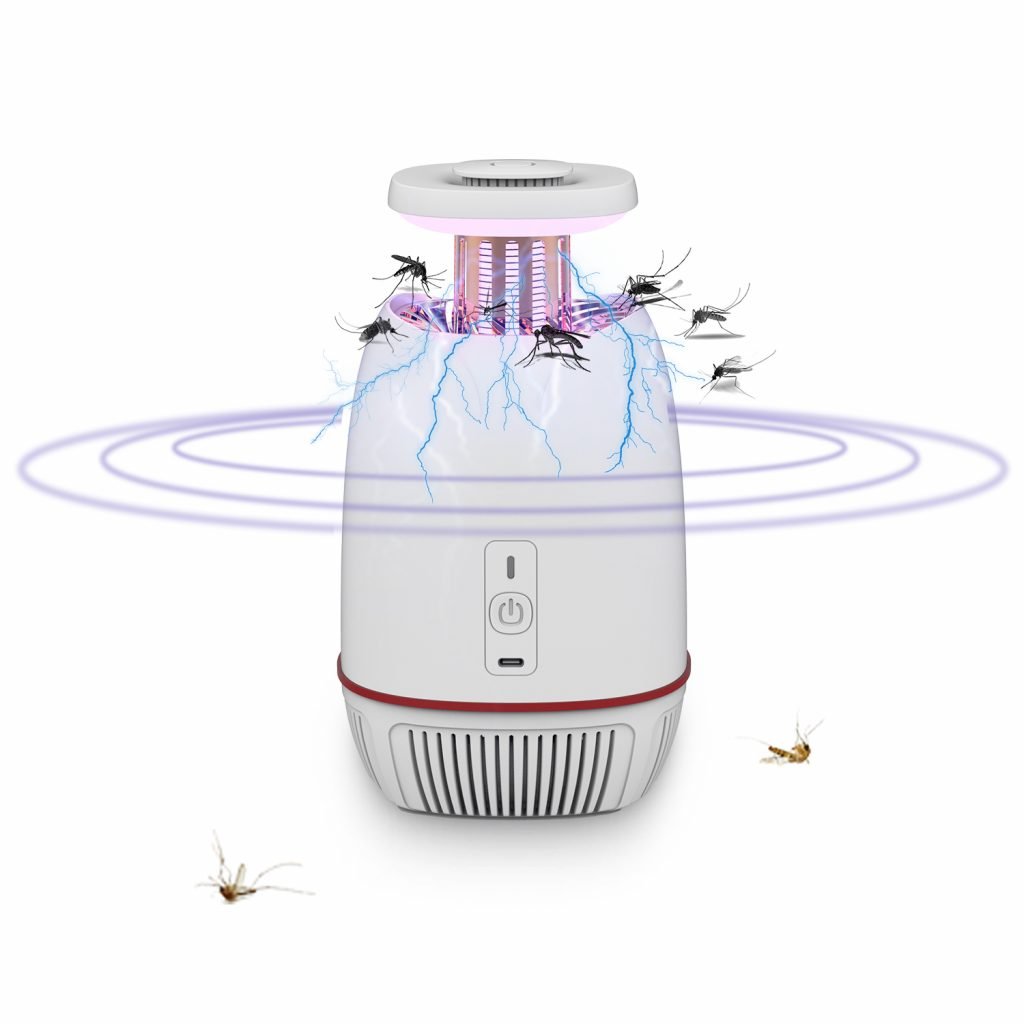 What is the best bug zapper for gnats?

Not every bug zapper is effective for gnats.

In fact, the wrong kind of bug zapper can kill more beneficial insects than the gnats themselves, that’s why it’s important to get the right bug zapper.

First of all, do not expect a bug zapper to magically take care of your pest problem. Especially with gnats, bug zappers should be used with other pest control methods for increased effectiveness.

Many homeowners depend too much on bug zappers and end up getting disappointed. They then claim bug zappers do not work.

Choose bug zappers that come with a catch tray. These bug zappers are ideal for gnats, as they will be able to catch tiny insect parts when they get zapped.

Without a catch tray, your home might be littered with insect debris which could be dangerous for your health. 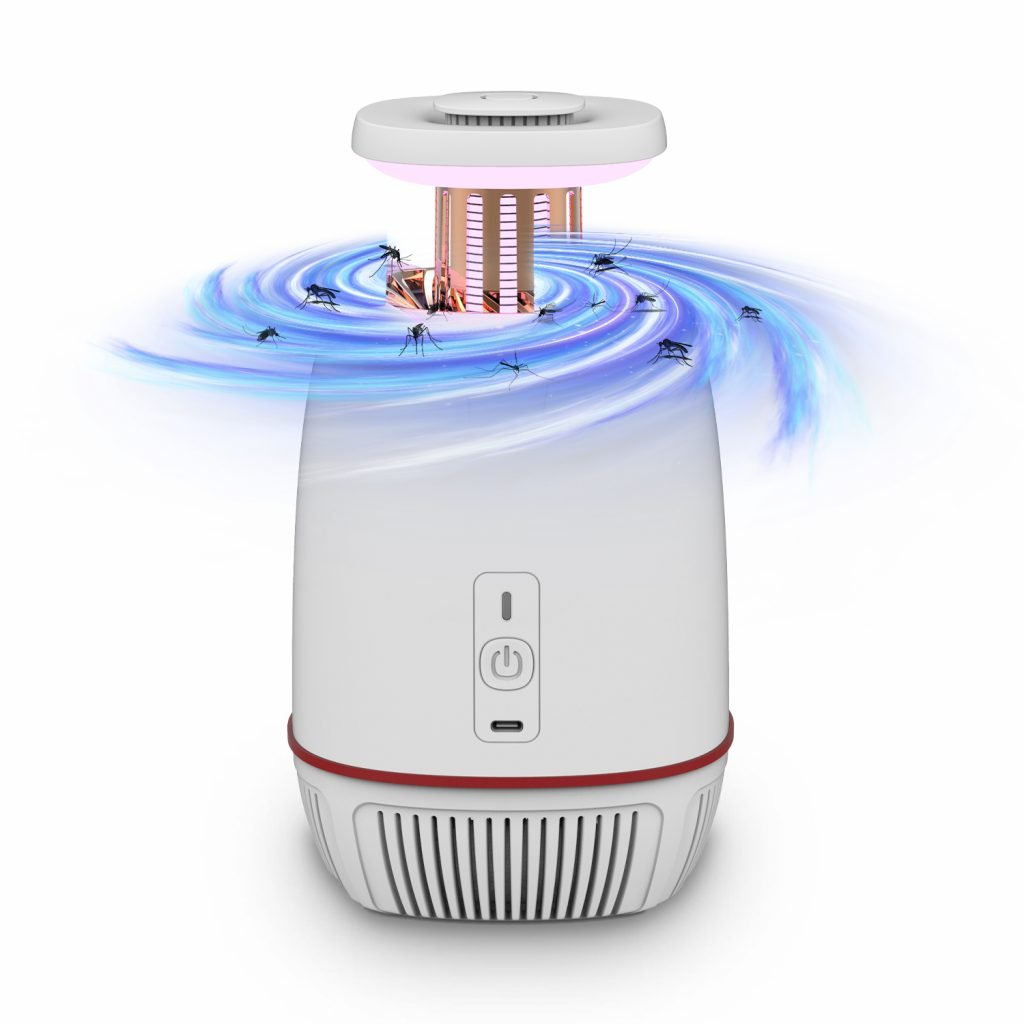 Next, go for a zapper that has LED lighting. This kind of lighting is good for your health and your pocket. Most bug zappers emit fluorescent light as the visible light to attract insects. While this is not a problem for insects, fluorescent lighting contains mercury, which can harm you over time.

Also, fluorescent lighting uses a lot of power, so getting a model that uses LED lighting instead would help you save money on your electricity bill.

The Thanos bug zapper kills gnats and other insect tests with easy to kills. This zapper attracts gnats without consuming too much electricity.

The Thanos zapper is a plug-in, device suitable for indoor use, as it comes in a sleek.

Gnats are would be drawn to the UV light from this device, and enter into the zapper’s 3-way defense system, leaving the gnats with no opportunity to escape.

Additionally, it contains Attractant which acts as an extra bait to get them really attracted. Attractant also known as mushroom alcohol is a chemical compound used to attract biting insects like mosquitoes and gnats. No need to worry, it’s not dangerous. It is approved by the Environmental Protection Agency.

Scared that your children or pets may get an electric shock from your zapper? The Thanos bug zapper doesn’t allow that as it comes with a plastic guard to prevent a shock.

Probably the best part of the Thanos zapper is that one unit can cover up to 600 to 800 Square meter. If you need more coverage, you could always purchase an additional one or two units.

Gnats and flying insects can be dealt with when you use the right methods.

A zapper is an effective tool against gnats, as it doesn’t require you to do anything much.

With a combination of methods, you would be able to enjoy your home without gnats being a nuisance. Again, make sure you know exactly the particular gnat you are targeting, so you use the right approach.

If you’re dealing with fungus gnats, for example, make sure you don’t overwater your plant. Fungus gnats love lots of moisture. A fungus gnat would also run away from diatomaceous earth.

We hope you enjoyed this article!