Few things are as irritating and potentially harmful as a mosquito bite.

Besides the pain and irritation that might occur, a mosquito bite can transmit mosquito-borne diseases like malaria, yellow fever, dengue fever, and West Nile virus and the Zika virus responsible for the death of millions of people across the globe.

Bug zappers are another addition to a variety of bug fighting devices, ranging from Citronella candles to elaborate insect traps to pesticides.

Interestingly, there are claims that bug zappers are ineffective against mosquitoes.

But before we get into that,it is important to know a thing or two about mosquito behavior.

So let’s take a quick look at mosquitoes and how they get into your home in the first place.

What Attracts Mosquitoes to A House?

Besides the carbon dioxide, heat, and light, one other condition that might attract them is a shaded area.

If your house is completely shaded with a canopy and has shrubs around the house, you will likely have mosquitoes lurking in those areas waiting to feed on some unsuspecting victim.

Besides the feeding, mosquitoes prefer to rest in such spots around the house. You are also likely to have mosquitoes swarming around your house if you live close to a salt marsh, a stagnant swimming pool or even in coastal areas.

So when you walk into your house, you just might let some in when you open the door or windows.

You could use repellents like citronella candles as a means of controlling mosquitoes but you’d need more than spatial repellent. Insect repellents are not even remotely a substitute for mosquito problems because there is little you can do when you have more mosquitoes.

Bug zappers are just what you need for killing bugs when it becomes difficult to repel bugs.

What Are Bug Zappers

A bug zapper is an electrical discharge insect control system, electric insect killer, or insect electrocution trap, is a simple device that is effective against only flying insects. 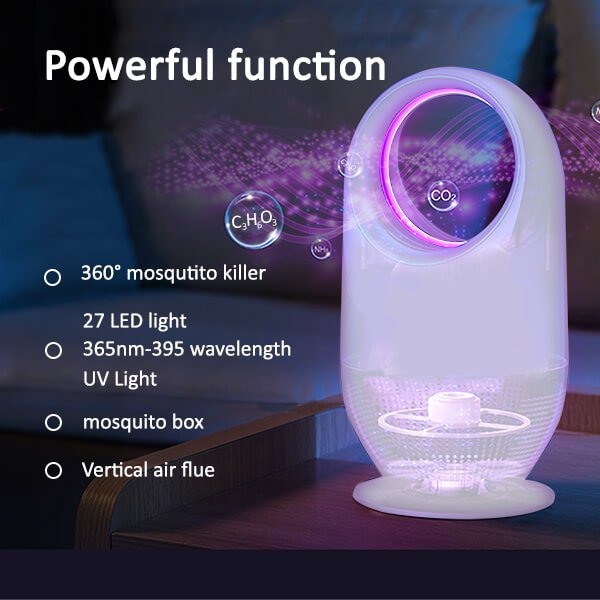 Unlike ultrasonic devices that use sound , electric bug zappers use electric to destroy bugs. The mode of operation of bug zappers is simple; attract bugs with UV light and electrocute them.

Bug zappers come with an ultraviolet light source that attracts bugs to an inbuilt electrical grid. The insects are then electrocuted when they touch two wires the a high voltage. When this happens you hear a zapping sound from which the device gets its name.

Bug zappers have been around for years.

Its origins can be traced to the fly traps when it was used circa 1911. This fly trap came with electric light and an electrified grid. However, it was deemed too costly for mass production.

Sometime around 1932,a certain William M. Frost patented the first bug zapper and by 1934 William Brodbeck Herms introduced the prototype electronic insect killer that inspired the modern electric bug zappers that we have today.

How Do Bug Zappers Work

The average bug zapper is built with an increased voltage that is supplied by its transformer.

This way, not less than 2,000 V powers the wire-mesh grids that cover a light bulb and are parted by a tiny(a few millimetres) .The ultraviolet light which is produced by the bulb within the wire grid draws insects to the device since most insects see ultraviolet light a lot more than “normal light”.

Plus the electric grid is often designed with flower patterns that attract bugs and other insect pests. Interestingly, mosquito traps work so well as a means of mosquito control because the patterns on the electric grid are clearer to the insects in ultraviolet light.

So when the bugs fly towards what they believe is a flower, they move through the gap between the wire-grids and completes the electric circuit. As a result, high-v­oltage electric current flows through the body of the insect and vaporizes it. The next thing that you hear is a “zap” sound and the insect is gone.

Some electric bug zappers have fan-based systems that create a suction that drags the insects close enough to be trapped in the device where they die off after a while.

Some people take things further by using insect bait to draw insects in. One of such baits is a chemical octenol which gives off a smell that is similar to human sweat. So when mosquitoes smell the octenol, they mistake the bug zapper for food and zoom in for the kill. Only to be killed themselves.

With this kind of insect zappers you can kill more than male mosquitoes.

Depending on the type, bug zappers can be placed inside or outside a building.

Strategically placed bug zappers have been known to kill thousands of insects in an evening. The thing with bug zappers is that they kill other insects drawn to the light they radiate. That might be one of the drawbacks of using bug zappers. Since bug zappers do not discriminate, beneficial insects like parasitic wasps moths and beetles are killed by them.

Then there is the scattering effect where electrocuted insects are vaporized into the air. What happens is that any pathogens resident in the insect that is introduced into the air and can cause serious health and environmental issues.

Do Bug Zappers Work Against Mosquitoes?

Although this issue has caused a lot of controversy in recent times, bug zappers DO kill mosquitoes.

There are claims that bug zappers are not effective against mosquitoes.

Yet, bug zappers are being purchased in their millions every year in the United States alone.

There would not be such high demand if they didn’t work, especially with the new bug zappers technology that releases carbon dioxide or even uses octenol pads as baits that draw mosquitoes into the bug zappers.

The principle behind this technology is that mosquitoes are drawn to the water vapor and carbon dioxide emitted by the breath of humans and certain animals.

So the bait deceives them into thinking they are engaging mammals instead of an electronic device.The mosquitoes attracted are then destroyed when they contact the electrified grid.

Mosquitoes are nasty insects that suck your blood, leave you with itchy bumps, and might transmit some diseases to you for your trouble. Sound medical advice will reveal mosquito bites are bad for human skin. The good news is that a device can help you handle this situation.

It is called a bug zapper, and contrary to opinions from certain quarters, it is a non-toxic method of getting rid of mosquitoes. They come in different sizes, designs, and prices and so you can always find one that suits your needs.